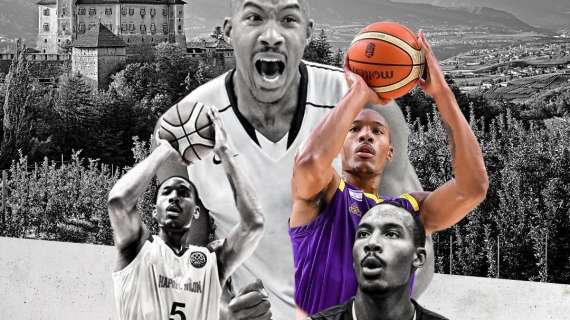 Dolomiti Energia Trentino announces the signing of Darion Atkins. Born on September 17, 30 years ago in Clinton, 203 centimeters for 105 kilograms, Darion is a product of the University of Virginia: with the Cavaliers he plays for four seasons (the last one at 7.6 points and 6.0 rebounds per game), then after a taste of G-League with the Westchester Knicks he arrived to Europe.

He has played for Hapoel Holon, Strasbourg, Tenerife, Bamberg, Fethiye and Niners Chemnitz. In the last EasyCredit BBL, Atkins had 11.8 points per game and 6.4 rebounds in 32 official games, shooting 56% with 30.2% from three on 43 attempts.