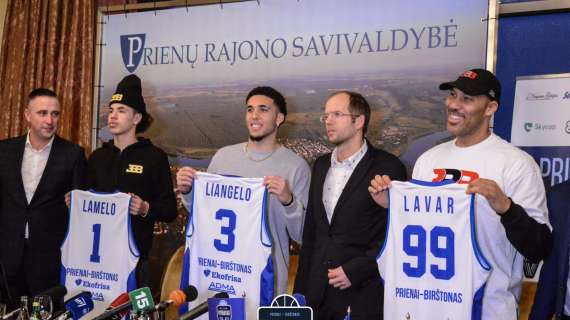 LaVar, LaMelo and LiAngelo Ball arrived in Lithuania and BC Vytautas has announced a surprising news. The team have decided to retire from BBL (Baltic Basketball League) to host Big Baller Brand Challenge: five games in January which will be broadcast by BallIsLife on Facebook.

The team have also announced that they'll back next year to compete in BBL.


Other news - Il Caso
Other news
Most Read:
YESTERDAY
TODAY