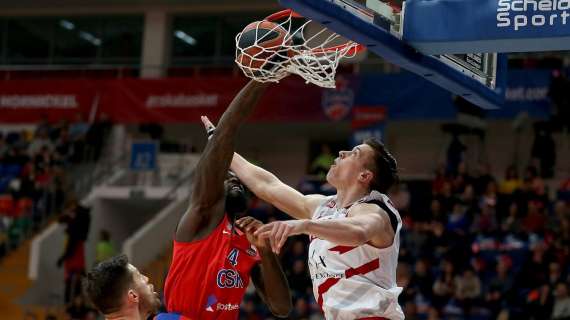 In a highly entertaining game in the Russian capital, CSKA Moscow extended its streak to seven games by holding off the visiting AX Armani Exchange Olimpia Milan 101-95 on Friday night. The win secured a home-court playoff advantage for CSKA, which improved to league’s second-best 20-5 record, one victory behind league-leaders Fenerbahce Beko Istanbul. Meanwhile, Milan got its own five-game winning streak snapped, dropping to a 13-12 record on the season, sitting in the sixth place.


Other news - Varie
Other news
Most Read:
YESTERDAY
TODAY