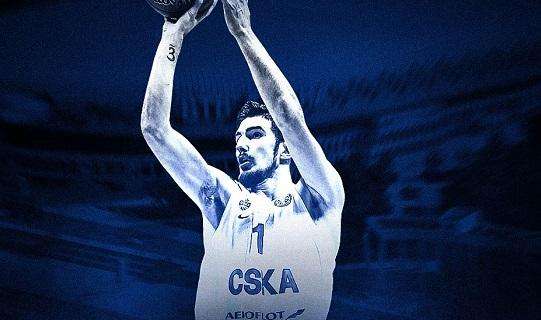 No player has been MVP of the Round in Turkish Airlines EuroLeague history more than Nando De Colo, and CSKA Moscow’s All-EuroLeague guard has done it once again in Round 21. De Colo was on fire as CSKA smashed Buducnost 99-69 on Friday night. A veteran of 155 EuroLeague games, he accumulated a career-high performance index rating of 38 by scoring 26 points, shooting 3-for-3 for two pointers, 4-of-8 three-pointers and all 8 free throws. He also collected 7 assists, 7 rebounds, had 1 steal and drew 7 fouls, earning his 14th MVP of the Round honor, which is four more than any player ever. De Colo was not the only player with a stellar performance this round. Panathinaikos OPAP Athens point guard Nick Calathes shined with 20 points, 13 assists and 8 rebounds in an 88-75 win over Anadolu Efes Istanbul, accumulating this week’s second-best index rating, 35. Jeremy Evans of Darussafaka Tekfen Istanbul had a PIR of 31, collecting 18 points, 12 rebounds, 3 steals, 3 blocks and 2 assists in a dramatic loss against Real Madrid. The next best index rating, 29, belongs to Nikola Milutinov of Olympiacos Piraeus, who had 13 points, 8 rebounds, 3 assists and 6 drawn fouls in a loss against FC Barcelona Lassa. Rounding out the list of this week’s best performers is Derrick Williams of FC Bayern Munich. In a thrilling double-overtime win over Fenerbahce Beko Istanbul, Williams had 19 points, 5 rebounds, 2 blocks and 1 assist for a PIR of 26.