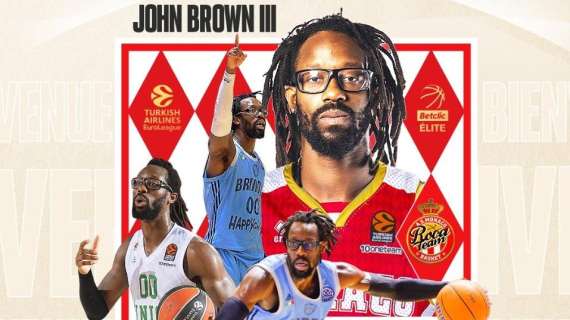 John Brown III returns to the EuroLeague with a three-year deal with AS Monaco Basket, the team announced.

Brown made his debut in the top ECA competition with Unics Kazan, where he played from 2020 until March 2022, after the Russian club was excluded from the EuroLeague. Following this, he terminated his agreement with the club and signed for Germani Brescia until the end of the season. This was his fourth career team in Italy: in his past experiences with Virtus Roma, Treviso and Brindisi.