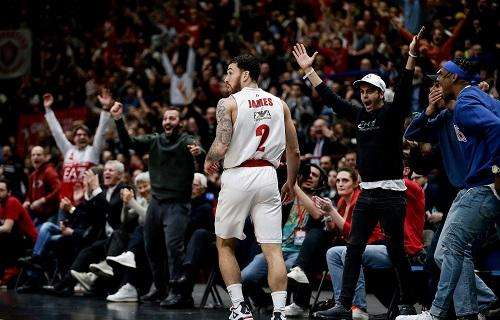 With AX Armani Exchange Olimpia Milan in must-win mode, playing against a direct rival in the playoffs chase, Mike James stepped up once again when needed the most, inspiring Milan’s vital 66-57 victory over Olympiacos Piraeus and earning MVP of the Round honors in the process. James scored 18 of his 27 points in the second half, shooting an identical 4-for-9 for two-pointers and three-pointers on the night. James also dished 6 assists, claimed 6 rebounds and had 2 steals while drawing 6 fouls. His performance index rating of 31 is his fifth of 30 or more this season, earning him the second weekly MVP award of his career.